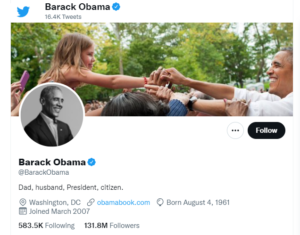 Are you curious about how social media and other digital platforms help political campaigns gain an advantage in America today? This brief introduction to political digital campaigning offers an initial glimpse at the many online opportunities every politician now has – to spread their messages and gain support through digital marketing.

THE DIGITAL ERA OF U.S. POLITICS

The Digital Era of American Politics* is now in full swing. Information and communication technologies have become a powerful influencer of political success – both at the polls and after the election.

The rise of social media has also given new power to so-called “trolls” who use online platforms to harass and intimidate political opponents. Despite the challenges, the digital era has given new hope to political activists who use online tools to raise awareness and mobilize voters quickly and effectively. 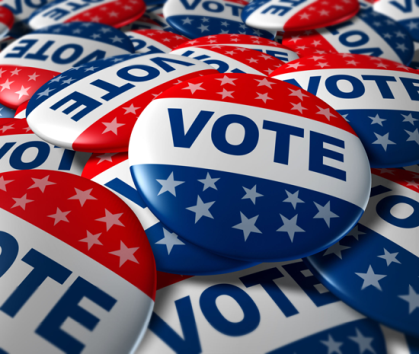 It has helped candidates win elections in countries such as the United States, United Kingdom, and Australia, and is likely to continue to play an important role in future elections. 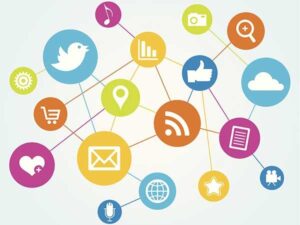 There are a variety of social media platforms that are used for political campaigns. Some of the more popular platforms are Facebook, Twitter, Google+, and LinkedIn. Each platform has its own advantages and disadvantages.

Facebook can be a powerful tool for political campaigns, especially as social media continues to grow in importance. Facebook provides a way for candidates to connect with voters directly, and allows campaigns to collect feedback and data in a more efficient way than traditional polling. Additionally, Facebook can be used to raise money and awareness for a campaign, and to build momentum leading up to Election Day.

It is the most popular social media platform for political campaigns. It has the largest user base and is used by both Republicans and Democrats. Facebook has a wide variety of tools that campaigns can use, including Facebook ads and Facebook pages. 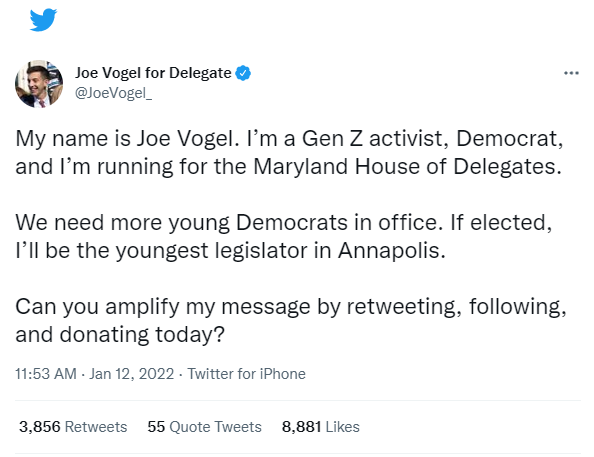 Twitter is increasingly being used as a political campaign tool, both by established political parties and newly formed organizations. This is due to its ability to quickly disseminate information and mobilize supporters. Political parties and candidates can use Twitter to create a real-time account of their activities, respond to comments from followers, and track trends.

Political campaigns also use Twitter to target specific populations with specific messages, and to build relationships with potential voters. Twitter can also be used to maced political opponents, by exposing their allegations and criticisms.

It is the second most popular social media platform for political campaigns. It is used more by Democrats than Republicans. Twitter has a quick response time and makes it easy to share links and updates with a large audience.

Additionally, candidates can use LinkedIn to spread their message and connect with voters. LinkedIn also provides valuable data about candidates’ fans and followers. This data can help campaigns identify potential supporters and target messages to them.

Political campaigns in the United States have traditionally relied on television advertisements as their primary means of reaching voters. However, with the advent of YouTube as a political campaign tool, campaigns are now able to reach a much larger audience than they ever could before.

YouTube allows campaigns to create and upload videos that can be viewed by a wide range of people, including those who are not registered to vote. This makes YouTube an especially powerful tool for voting outreach, as it can help to engage new voters who may not have been previously interested in voting.

Furthermore, by using YouTube as a political campaign tool, campaigns are able to reach a more diverse audience than they would be able to with traditional television advertisements.

YouTube is especially popular with younger voters, who are often more likely to engage with online content than older voters. Overall, YouTube is a powerful tool for political campaigns in the United States. It allows campaigns to reach a large, diverse audience, and can be used.

Campaigns use social media to track and research opponents. By monitoring the posts and comments of those who oppose you, you can get a better understanding of their positions and how to counter them.

Additionally, using social media to engage with your opponents can help to build relationships and gain support for your ideas.

Geo-location advertising even reaches voters in line waiting to vote! 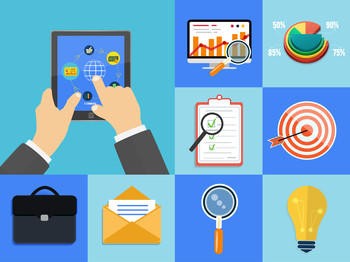 Creating a digital political campaign roadmap can help you strategically plan your campaign and ensure that all your efforts are coordinated. By creating a plan and setting goals, you can create a roadmap that helps you stay on track and reach your desired outcome. Additionally, by creating a digital campaign roadmap, you can make sure that your campaigns are being managed efficiently and that all your resources are being used to their fullest potential.

Political campaigns’ Digital Directors manage the digital aspects of a political campaign and coordinate them seamlessly with the rest of the campaign, including: messaging, events, volunteers, and fundraising. They oversee the development and management of digital assets, including websites, social media profiles, email and text marketing campaigns.

They work with the rest of the campaign team to ensure that all digital content is consistent with the overall campaign strategy and goals, and that all online components of the campaign are working as intended. They create and implement digital marketing strategies. They also manage the campaign’s online infrastructure and keep track of campaign statistics.

A Political Digital Marketing Consultant is an experienced digital marketing professional who is engaged to assist or oversee a political campaign in creating and implementing digital marketing strategies and all of the responsibilities discussed above.

Digital political marketing consultants can help your candidate stand out and be easily found by potential supporters on social media, as well as in search engine results. Consultants can help you create compelling and effective digital content, as well as develop targeted marketing strategies and measure the effectiveness of your campaigns to help bring your message to the attention of the right people.

PROTECTION AGAINST YOUR OPPONENTS’ MISUSE OF SOCIAL MEDIA

Politicians who use social media should be mindful that, like any online platform, the opposition may run a ‘cyber-attack’, which could be mild or harmful. An attack against a politician’s social media presence could potentially include: Harsh, hurtful or untruthful claims, compromising personal information, releasing embarrassing private photos or videos, and hacking into accounts to post malicious content.

In the digital political plan, the Digital Consultant will include security measures to protect the technical integrity of the digital assets in order to prevent hacking. And a digital ‘crisis communications plan’ will be in place to defend and bolster the reputation of the candidate.

The Digital Consultant will also monitor all campaign-related messages posted online. Thus, when any aggressive negative messaging first appears, the candidate and campaign managers can be notified, and decide together how they want to counter it, within the campaign’s digital messaging, if needed. The candidate and the campaign have the opportunity to “nip it in the bud’. 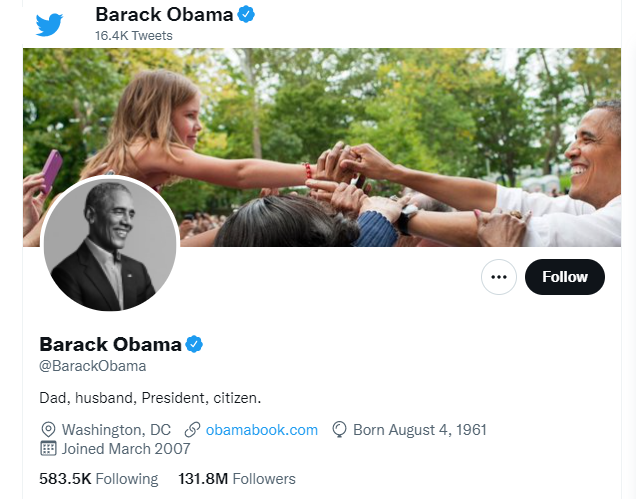 FAMOUS US POLITICIANS WHO USE SOCIAL MEDIA

Even after the election, social media platforms serve as strong channels to unify like-minded individuals and organizations. These politicians clearly know how to use their influence to reach and activate supporters:

Has been active on social media since 2008. Her most notable posts on social media include tweets about the US election, her policies, and her reactions to political events. As of 2022, her Twitter account has over 31 million followers.

Has been active on social media since 2007. His most notable posts on social media include tweets about the Affordable Care Act, his policies, and his reactions to political events. As of 2022, his Twitter account had over 131 million followers.

According to the NY Times, a recent Pew Research Center analysis reports that “Sen. Bernie Sanders (I-Vt.) has been the most-followed member of Congress on social media for six years.” As of 2022, he has 15.5 million Twitter followers. “The senator has remained the most followed congressional lawmaker over three Congresses.”

Digital campaigning across a multitude of platforms is here to stay. And clearly, online branding and messaging serves to reach communities and support politicians well past the General Election.

As Gen Z comes of age and becomes active in political campaigns, this trend will grow rapidly, at an escalating pace. If your campaign or political organization is not yet fluent in Digital Marketing and Campaigning, the time to start is yesterday. 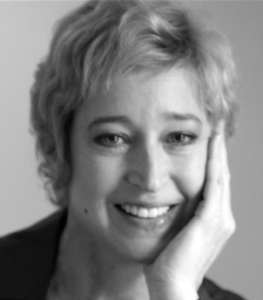 Since 2005, the year before Twitter was born, she has worked online to rank content on Page One Google and identify, engage, convert, and grow target audiences. In 2010 she created the Social Media Strategy for Craigslist Founder Craig Newmark, for the launch of his philanthropy craigconnects.org.

Lisa has appeared on NBC Today with Katie Couric, and a wide variety of national and local television and radio shows. She has been featured and quoted in Good Housekeeping, Cosmopolitan and Readers Digest, as well as dozens of city magazines and newspapers.

She authored The Web-Powered Entrepreneur (2010) and four other books.

I just tapped into a gold mine – and I want to share it with you.

If you are a website owner, manager, webmaster, or author, you will be very interested in this article from Google’s own guidelines. Literally, this article is for anyone who cares about how many people read their content online. It’s their guidance on How to Make Your Site Google Friendly.

Google openly publishes its SEO and search guidelines. If you have content that you want to promote, you want others to read, and you want to expand your reach, then dig into this info – from Google’s own content – on how to create a website that Google loves:

Visitors are Hungry – What Are You Feeding Them?

Provide high-quality content on your pages, especially your homepage. This is the single most important thing to do. If your pages contain useful information, their content will attract many visitors and entice webmasters to link to your site. In creating a helpful, information-rich site, write pages that clearly and accurately describe your topic. Think about the words users would type to find your pages and include those words on your site.

Links help our crawlers find your site and can give your site greater visibility in our search results.  Google interprets a link from page A to page B as a vote by page A for page B. Votes cast by pages that are themselves “important” weigh more heavily and help to make other pages “important.”

Only natural links are useful for the indexing and ranking of your site.

If you’re not already reading Google content, I hope this will encourage you to spend time on Google dot com.

Everything you could ever possibly want to learn about search engines, searching, SEO, and a plethora of related topics is at your fingertips.

If you spend just a few minutes everyday, in no time at all you will be an expert. I’m thinking about starting a newsletter to share more of these Google insights.

Lisa Chapman helps company leaders define, plan and achieve their goals, both online and offline. After 25+ years as an entrepreneur, she is now a business and marketing consultant, business planning consultant and social media consultant. Online, she works with clients to establish and enhance their online brand, attract their target market, and convert online traffic into revenues. Her digital course, Azon Fat Cats, teaching entrepreneurs how to sell private label products on Amazon FBA, will launch in 2018. Email: Lisa (at) LisaChapman (dot) com. Her book, The WebPowered Entrepreneur – A Step-by-Step Guide is available at: